Designer Maia Bergman had a rather unique inspiration for her SS2013 collection last year. If you’ve played on Pinterest, no doubt you’ve come across this designer’s beautifully detailed beaded designs. Bergman gathered inspiration for the beadwork on her final school collection from none other than bacteria— bacteria in petri dishes to be exact.

ubiquitous one-celled organisms, spherical, spiral, or rod-shaped and appearing singly or in chains,comprising the Schizomycota, a phylum of the kingdom Monera (in some classification systems the plantclass Schizomycetes), various species of which are involved in fermentation, putrefaction, infectious diseases, or nitrogen fixation.

Bacteria have some rather unique properties and depending upon the species, they can grow in different textures as well as colors. Some even grow pink. Bergman’s SS2013 collection was filled with yellow, turquoise, and green plastic beads on sheer white fabrics.

Science disclaimer: the green petri dish image below is actually mold and not bacteria. 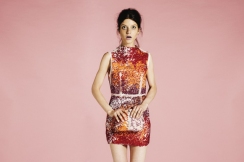 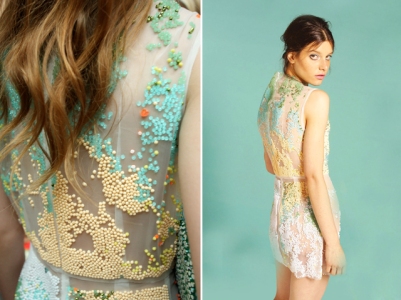 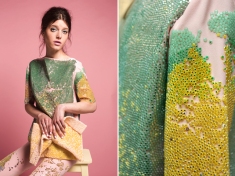 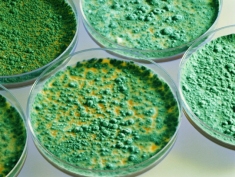 Bergman doesn’t have an ‘official’ site per se, so visit her tumblr. HERE