We just posted about Damien Hirst’s collaboration with PRADA. See it HERE. The artist teamed up over the summer as well with Alexander McQueen. The house is known for its skull scarves and to celebrate the 10th anniversary of it’s original release, Hirst helped create the newest of limited addition pieces. Hirst took the influence of his entomology paintings and applied the concept to the scarves. Both creatives have been known for their shared esthetic vision and influence of the natural world. Nature has heavily influenced McQueen for years and it would seem that Burton is trying to stay true to the original message. If you don’t believe us, take a look at the influence of bees/honeycombs in the article we released last year HERE.

A kaleidoscope of geometric insect shapes grace the beautiful scarves. Thirty unique pieces were created for the limited addition collection. 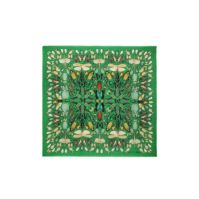 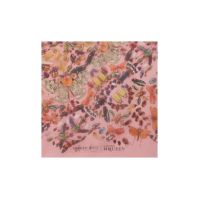 We couldn’t help but include this fabulous little film by Solve Sundsbo.